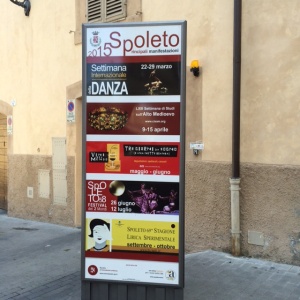 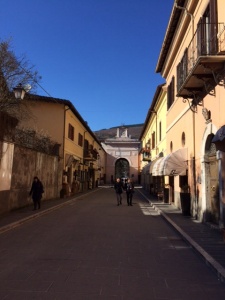 We are a little late on our blogs, so will be catching up over the next couple of days. We’ve been having too much fun!

Saturday, March 28 – We have traded Tuscany and the hill town of Montepulciano for the wilds and mountains of Umbria. It is beautiful here and very off the beaten path.

Our day started out a little shaky, but we have rallied. When we arrived in Montepulciano, our contact person, Luca, drove us up to our apartment to offload luggage. He was going to be out of town when we left, but he assured us it was perfectly fine to drive up to our apartment ourselves, even though only locals are technically allowed. Montepulciano is very hilly with very narrow cobblestoned streets and big fortress-like walls, so we were a little nervous. We scouted our route ahead of time by foot.

On the actual day, we had our bags ready and walked down to the car. It was then that we noticed that the road had a sign with a circle and straight line across the middle. On some level, we knew this meant, “Do Not Enter,” but we had seen others scurry up the hill. So we figured the sign was meant for the tourists, not us. We boldly shot straight up the cobblestoned hill, through one very narrow town gate and then another very narrow town gate – and ran smack up against a big orange bus coming directly at us. The driver wagged his finger at us, “No, no, no.” I thought, “How are we going to get out of here?”

So we parked the car and walked up to get our luggage. 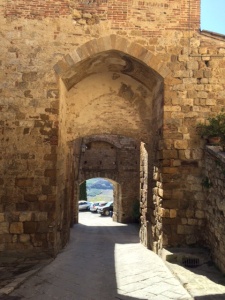 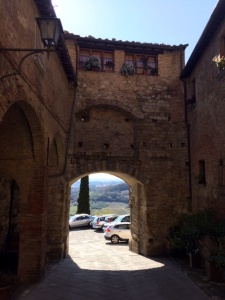 We did not let our start deter us, and set out for Umbria. We were excited to see this part of the country that is described as “wild and rustic.”

It was a beautiful drive and we soon left hills behind for steeper snow-capped mountains. We stopped off for a break in the town of Spoleto, which, if you are from South Carolina, you know is famous for its arts festival. Its “sister” city, Charleston, has a similar festival. I was excited to see Spoleto since I had been so many times to the Charleston version. We walked all over and even found a hotel named for Charleston. 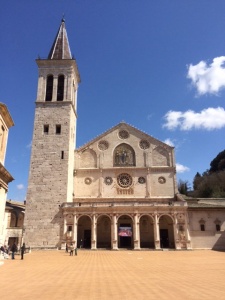 We arrived at a very small village called Norcia. I had seen a picture in a guidebook and decided we had to go. Norcia is known for its truffles and boar – they have shops lining the main street with boar heads on the walls. There is also a very nice Relais & Chateaux hotel there called Palazzo Seneca. They heard we were on our “honeymoon” and even upgraded us to a spectacular room. They have a tremendous restaurant with a young chef they think is on the verge of earning a Michelin star. We can attest to the fact that his creations were superb.

So we settled in for a weekend of relaxation and adventure in Umbria. 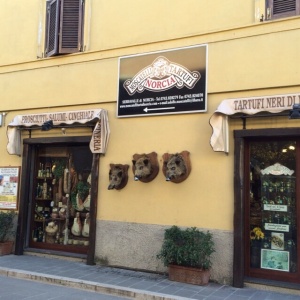 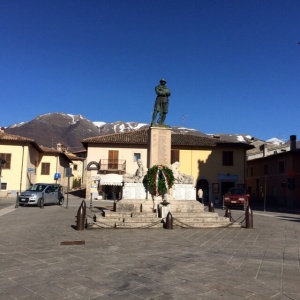