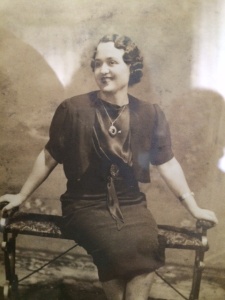 Wow – we have had a busy few days re-connecting with LOTS of family. This is a little long, and I am posting several pictures because the family back in America, along with those in Sicily, are using the blog to catch up with each other, too. Very cool.

As a refresher (since it is confusing for a newcomer), Antoinetta Buccheri was Frank’s mother. She was born in Canicatti, Sicily and emigrated to the United States when she was 18. Her older brother was Salvatore, who was the one who traveled with her to Naples to catch the ship for America. He stayed in Sicily and had a family, including a daughter named Enza. Antoinetta had a family in New York, including a son named Frank. So Frank and Enza are first cousins. 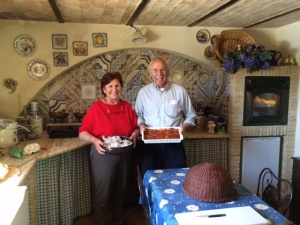 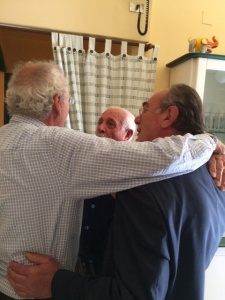 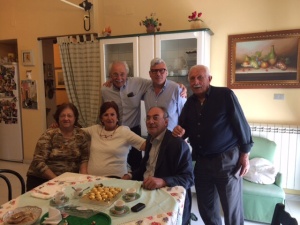 My favorite part was when Enza was showing Frank some old pictures. He found a picture of his mother he had never seen before (the picture posted at the top). This was taken of his mother when she had just landed in America – she sent it back to her family. 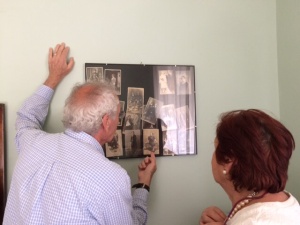 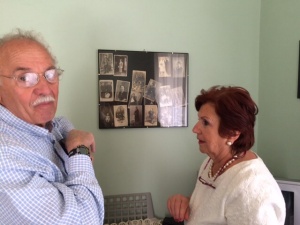 Another first cousin of Enza and Frank was Maria Teresa. She has passed away, but her husband, Rosario, came by Enza’s house (he is the one with white hair hugging Frank, above). And then later that day, we went to Maria Teresa and Rosario’s son’s home and saw his family (this would be Frank’s cousin’s son, his nephew, once removed?). They have a stunning (and huge) apartment on a top floor with a terrace view of the city. 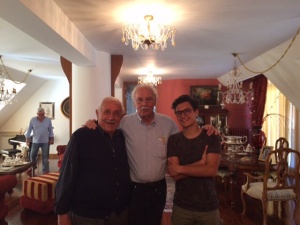 One of the most special moments of the day was when Enza led us back to the childhood home of their parents – where Salvatore and Antoinetta grew up. It is in the oldest part of town – the original village – and now, is more of a shell of the original house. But to imagine their parents playing on these streets. Frank never got to meet his grandparents, so it was very meaningful to be able to picture where they lived. 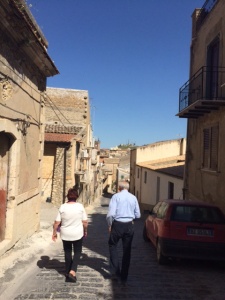 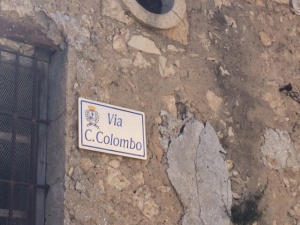 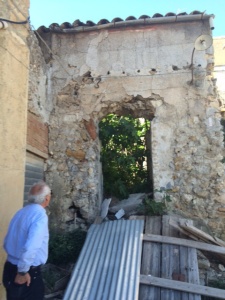 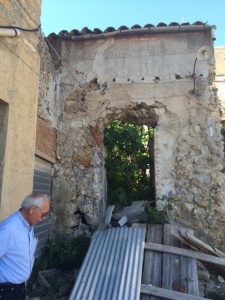 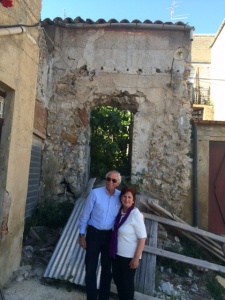 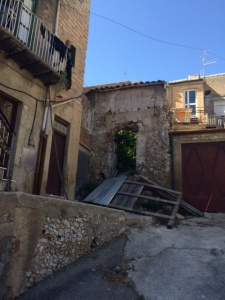 And there is even more! The next day, Mirella (Enza’s daughter), hosted us for a luncheon at her beautiful home. This is where we went the first day. Mirella is a teacher, and her husband, Benedetto is a dentist. They have a gorgeous home in the country with an olive grove, gardens, and even a separate kitchen house for cooking when it is hot (there is a kitchen in the main house, too). 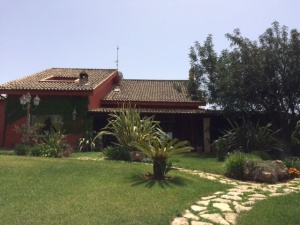 Mirella’s family joined us for lunch and after dolce (dessert), we heard the doorbell ring . . . and Maria Teresa’s two other children came by. (Remember we had visited their brother at his big apartment with the terrace the day before.) Out came the grappa, and rapid-fire stories and laughter were shared across the table. 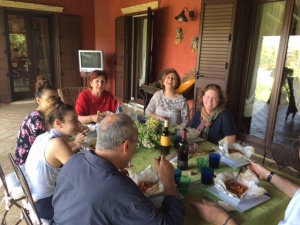 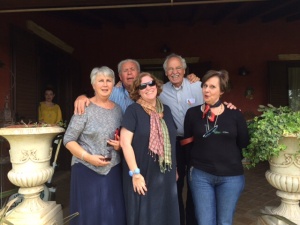 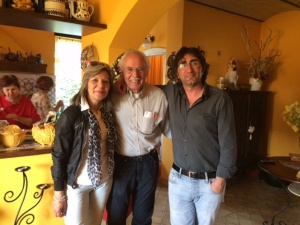 While we were talking, we learned that Cettina’s family owns a vineyard nearby. So on the way home, she and Salvio took us there so we could see some of the countryside. They make Nero D’Avola wine (with black grapes) – we have seen this in the stores. 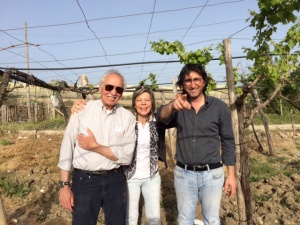 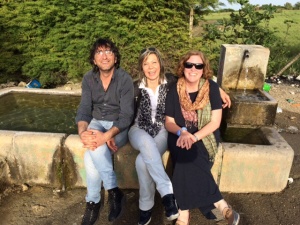 So – a good time was had by all. We took yesterday off to just rest, work, and catch up on laundry and chores. Whew.

And tonight – the grand finale – a dinner with ALL the cousins and relatives. Pictures to come . . .

One thought on “All in the Family”