We have loved our week in Canicatti, re-connecting with family and even meeting new relatives. The Buccheris have really rolled out the red carpet.  We have had lunches, dinners, gelatos, cafe, vino and wonderful stories and laughter.

Frank’s mother, Antoinetta, left Canicatti when she was 18 years old to sail first to Naples and then to America. On the first leg to Naples, she was accompanied by her big brother, Salvatore, Enza’s father.  He saw her off at the dock to America.  She did not speak English and had a new husband waiting for her in New York.  She was all alone.  She never saw her parents again.  How brave, adventurous, forlorn, and hopeful she must have been.

Frank’s father, Angelo, was from a little town near Canicatti, Castrofilippo. He went to America first.  He returned a couple of times – to marry Frank’s mother and to make arrangements for her passage.  Once things were settled, he left Sicily and never looked back.  Frank says his father did not talk about Sicily or ever return after that.  Even though we have tried, we have very little information on the Volpe side of the family.

But Antoinetta stayed in touch with everyone back home – writing letters, sending gifts, and eventually making her way back for visits. To the same people we have been visiting this week. 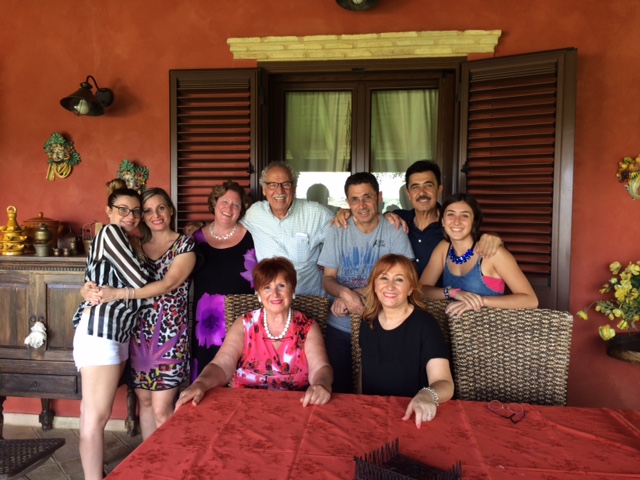 This has been an emotional journey. Sicily still holds some secrets – maybe to be uncovered prossimo volta (next time).

Coming Up: More cugini (cousins) in Siracusa – and Enza is coming with us – another avventura!