Since we have seen many of the sights in Venice, we decided to get out of town. We signed up for a day-long cruise up the Brenta Canal to Padua.

Our barca (boat) was named after the vessels Venetians used to take on this very canal – Il Burchiello. 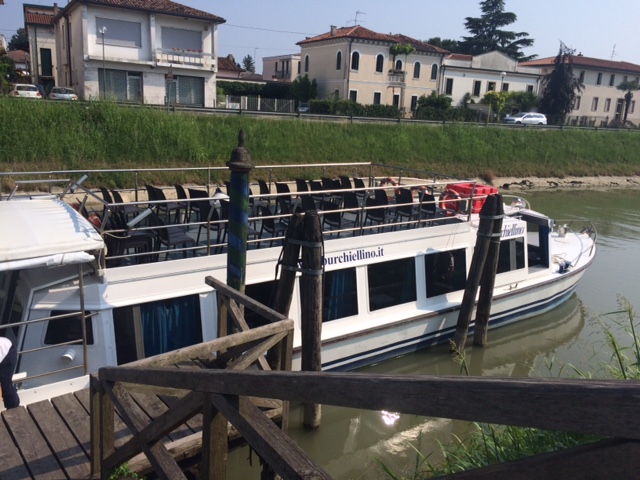 It was very comfortable with an air-conditioned lower deck and an upper observation deck. We had about 20 people so plenty of room to spread out.  We also had a guide who told us what we were seeing all along the way.  And a perfect sunny day to explore.

We quickly put St. Mark’s behind us and headed to the Southern Lagoon. What a beautiful ride! 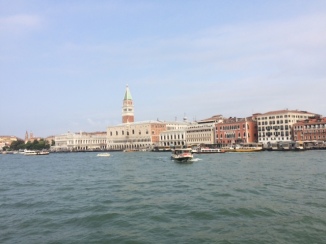 In a while, we turned into a narrow canal, the Brenta Canal, which has been used since the 14th century to ferry goods between Padua and Venice.

It includes a series of locks so that boats can rise from sea level to the higher altitudes inland. We have gone through quite a few locks on our houseboat trips so we loved watching the crew lock through.

The scenery was beautiful – rolling countryside followed by village after village. 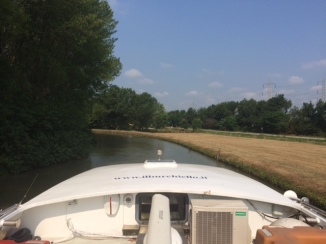 Back in the day, wealthy Venetians built opulent villas along the Brenta Canal to escape the summer heat (similar to the plantations near Charleston). They would tow a barge up the canal with their finest furniture and stay for the season, throwing spectacular soirees.  Each villa had a boat landing to welcome guests.

Over 100 villas still exist along the canal. We cruised by one stunning facade after another.  Some villas are still private residences, some are seemingly abandoned, and a few are even open to the public.  We were lucky enough to get to visit three of them,  including the villa that was eventually claimed by Napoleon himself – a story for tomorrow’s blog. 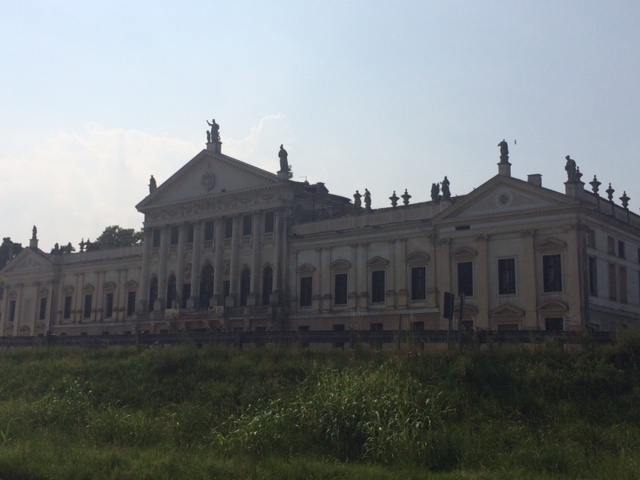 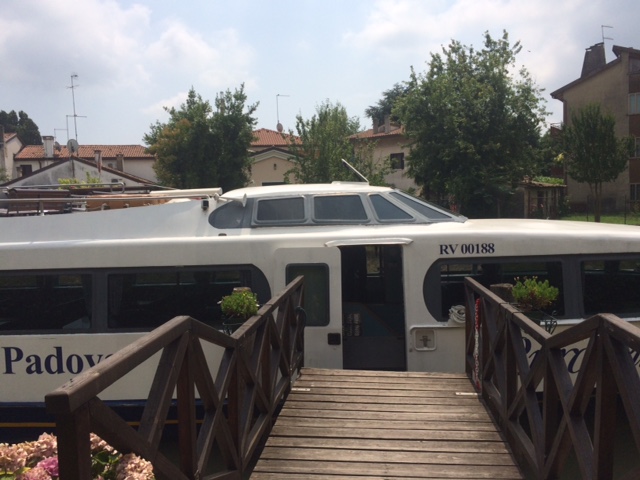 Between villas, our burchiello pulled up to a restaurant for lunch. We walked in and the table was set for us with a bottle of local chardonnay and a 4-course meal.  What a day!