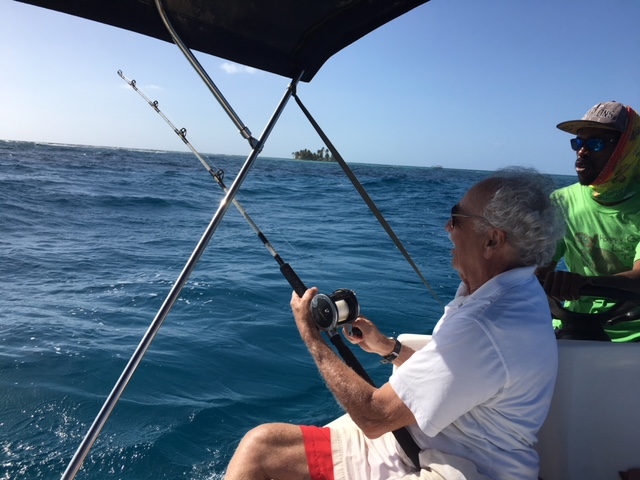 We were off to fish the Belize Barrier Reef!

After about a half hour of running through the waves, with the mainland growing smaller behind us, we spied a cluster of cayes (islands) and waves – marking the very shallow water of the Belize Barrier Reef.

Our guide, Medz, explained that before we could fish, we had to catch our bait. So we slowly motored close to the mangroves and among the coral until he spied a school of smallish (3-4 inch) fish.  He instructed or other guide, Beru, to slow down and then, with a flick of his wrist, cast the net.  It all happened so fast – I was amazed.  He did this a few times, catching a couple dozen little fish.  Wow. 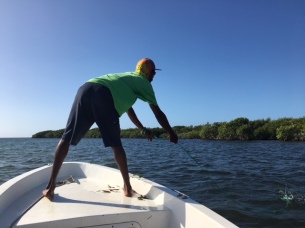 With that work out of the way, it was time to troll. The boat had two heavy-duty rods off the back.  He baited them and we started moving toward our next spot, hoping to catch something on the way.

Well, it didn’t take long before he yelled, “Stop the boat!” We had hooked something big.  He gave the rod to Frank to reel it in.  Frank slowly and adeptly maneuvered the line, gently pulling in his catch.  Once the fish broke the surface, they yelled “Barracuda!”

The big fish was at least 2 feet and not happy about his situation. He was thrashing all about with razor-sharp teeth bared.  I jumped up on the seat and out of the way while the men wrangled him onto the floor of the boat.

Beru got it into a bucket , but it still kept raising up and almost jumping out until he knocked it on the head. I just stood there (still on top of the seat) with very wide eyes.  All the men high-fived each other.

Whew!  We went back to trolling, and a couple minutes later – another sharp tug.

Frank the fearless fisherman was back at it, pulling and easing this new catch into the boat.  This time it was 14-inch snapper – perfect for our BBQ.  He was easier to subdue, thank goodness. 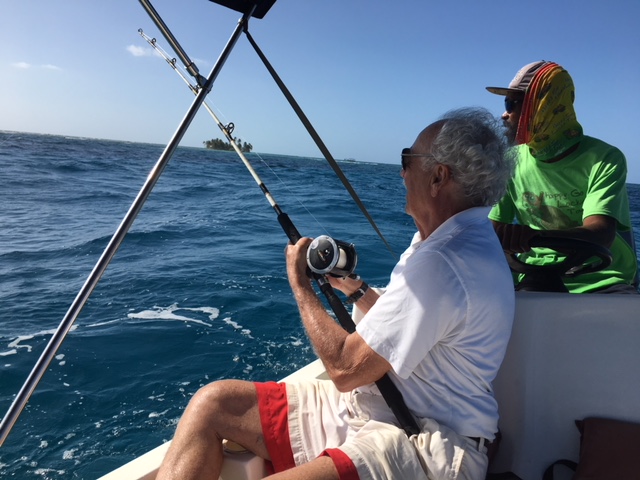 Frank has a tradition of kissing his first fish of the day – he decided to count the snapper as the first fish, rather than the barracuda. Smart move! 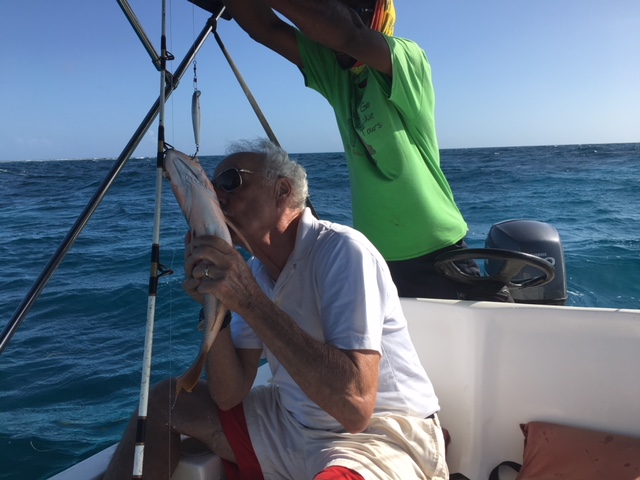 With two large fish snared, we set about fishing by hand – called hand-lining. This involves a sponge spooled with fishing line and a weight and hook on the end.  You bait the hook (Beru baited mine for me), cast your line until it hits the bottom, and reel in your catch.  It is much less dramatic than trolling – you have to yank when you feel the slightest nibble.

I caught several fish, but most were too small and had to go back. But still fun.  Frank and the guys caught bigger fish – including tuna – that we added to our BBQ bucket.

Finally, it was snorkel time. Medz and I jumped in.  He was off to catch a conch and crab for us, while I snorkeled the reef.  The bottom was so vibrant – one group of coral head after another.  I could have swum around all day.

Medz had incredible luck and picked up 2 giant conch shells and a big crab – free-diving.

(If you look closely, you can see the crab scrambling to get away in the bottom of the boat!) 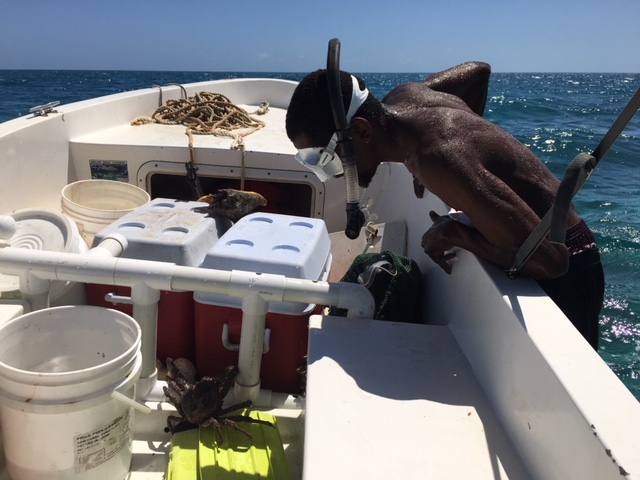 We set off for lunch at Bread and Butter Caye – where we would cook our catch! 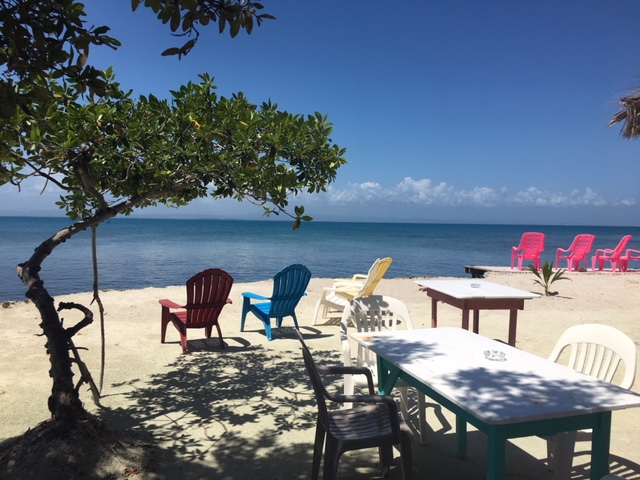