[Note: Although a little late in the game, finishing up the last couple of blogs from Belize – before we head out again!]

Everywhere we went, people kept telling us, “You have got to go to the Belize Zoo.” It wasn’t on our list, but we decided to add it on our last day.  We pulled in, expecting a slick new zoo, and were puzzled when we found a dirt parking lot and handmade signs.

The Belize Zoo was founded by an American woman, Sharon Matola, who was working on a documentary in 1982 about animals of Belize. By the end of the documentary, the animals they filmed had become tame and could not survive back in the wild.  She didn’t want to just turn the animals out, so she single-handedly started a zoo.

Soon the word spread. Anytime there was an orphaned our hurt animal, someone would bring it to the zoo.

There are no captured animals at the zoo – only animals that have no place else to go. 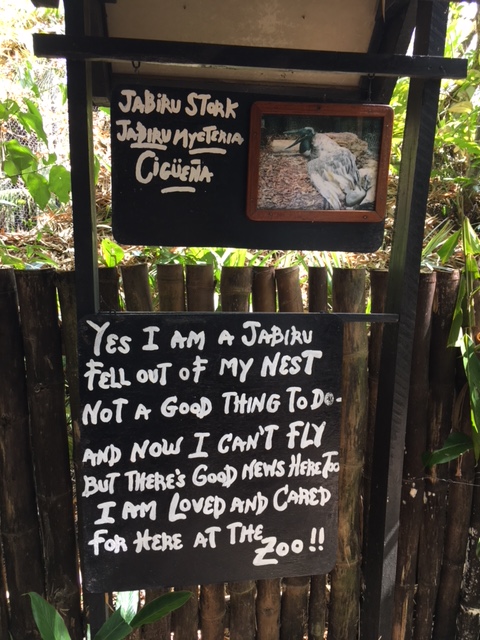 The zookeepers work with the animals to try to introduce them back into the wild, but not all animals are able to go back, so they live happily at the zoo. 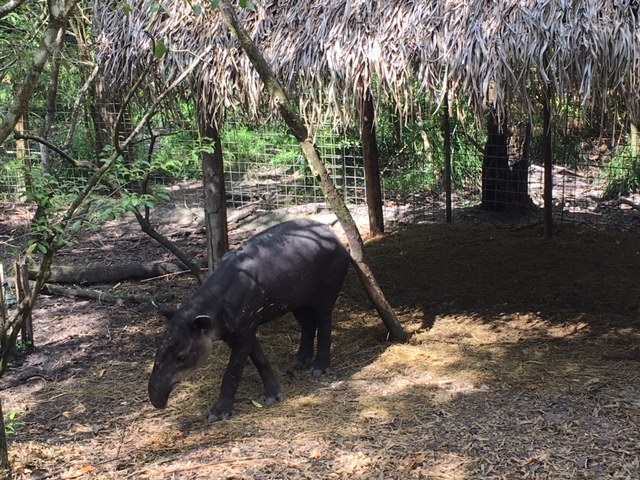 They are most famous for their jaguars. 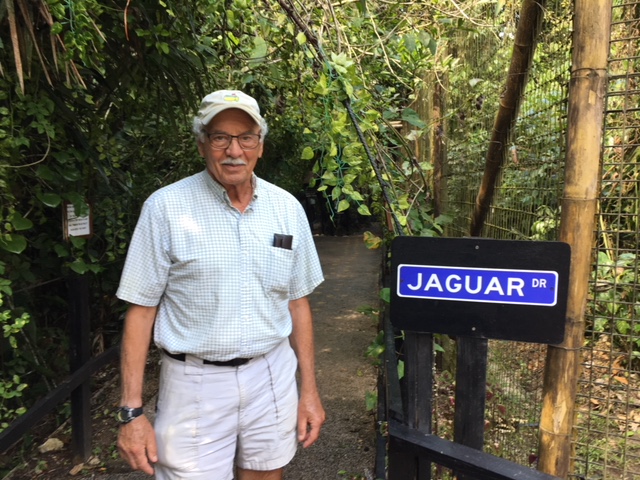 If there is a “problem” jaguar that attacks livestock, in the old days, the farmer would hunt the jaguar – but now, the farmer will call the zoo. They will trap the jaguar, bring it to the zoo, and enter it into the “Jaguar Behavior Modification Program.”  It really is too risky for these jaguars to go back to the wild, so if they graduate from behavior modification, they become ambassadors of the zoo – and if they are really good, they even get to travel to other zoos.  The most famous alumna is Pat the Cat, who now lives in Cincinnati Zoo. 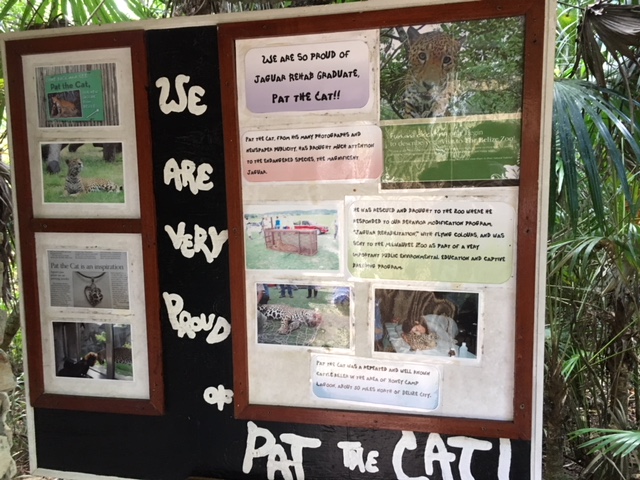 The enclosures are minimal – they mainly rely on electric fences, so you literally can turn a corner and run into a jaguar or a crocodile or a puma. 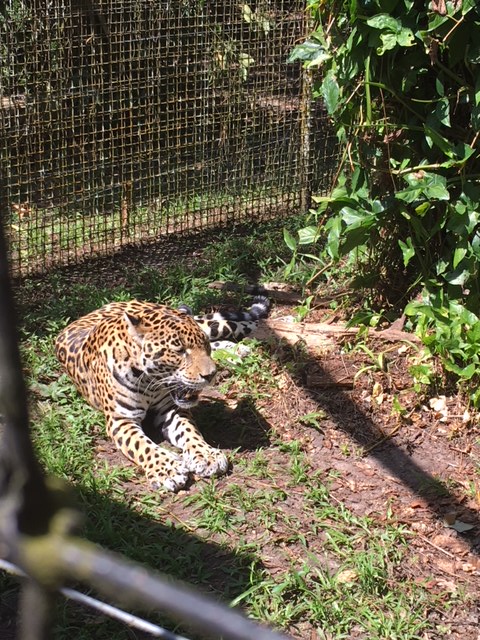 I think it was the most fun – and meaningful – zoo I’ve ever visited! 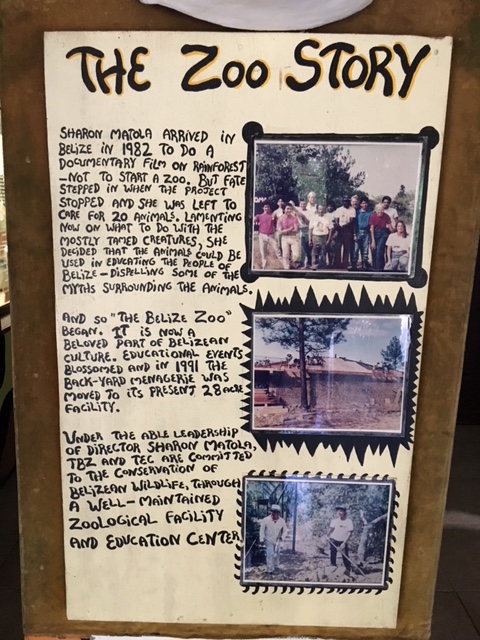