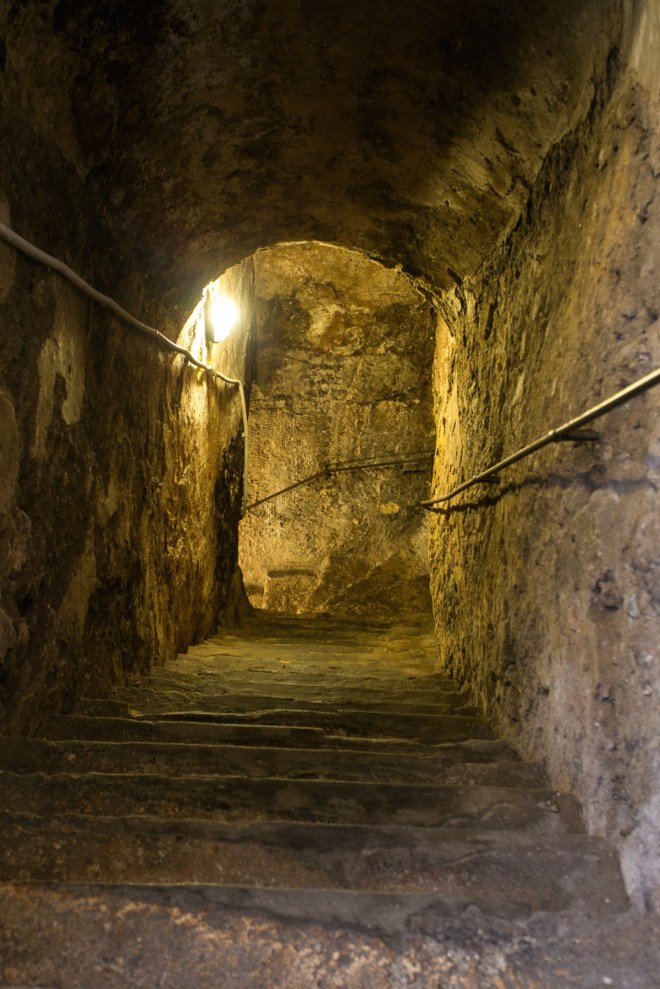 Today we had a glimpse of life in Siracusa over 1500 years ago! It is a site that was recently discovered and not widely known – and according to historians, one of the most important in the world.  We were very fortunate that our cousin, Evelina, could arrange a visit, as well as two English-speaking professors to explain what we were seeing.

The pictures are from their website and book – as this was a holy site, so no photography allowed.

The story begins 25 years ago with a red-headed Baronessa who was also an architect. She decided to open a hotel in the old Jewish quarter of Siracusa (which is named Giudecca – pronounced Jew-decca).  The building had good lines but was not in good condition, so she knew opening a hotel would involve a lot of renovations. 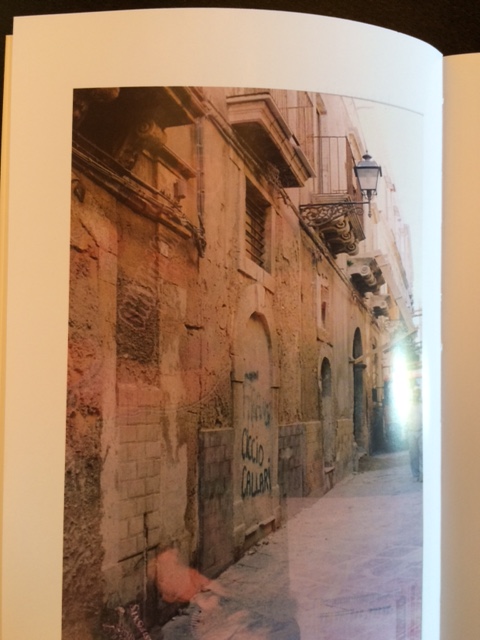 During the construction, the workers discovered a secret door leading to a single step. They dug a little more and found a second step.  They decided to keep going.

They set up a formal excavation, which involved creating a courtyard in the middle of the building so that dirt and stone could be lifted out with a pulley system. They kept digging and digging as the steps descended lower and lower. 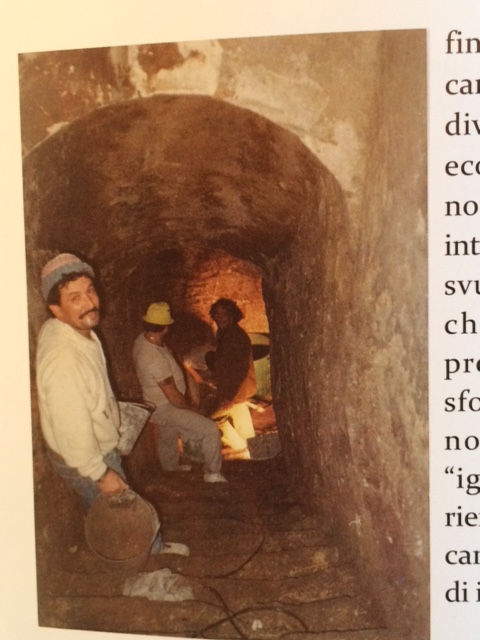 Then – 20 meters below the ground (60 feet), they discovered a sealed off wall. They knew all of these steps must have led somewhere, so they tore down the wall.

Behind the wall, the area opened up to several rooms of extraordinarily well-preserved baths. There were three individual-sized deep pools in one room with steps leading into each one, with similar private pools in adjoining rooms.  These had been carved into the rock.  There were stone benches around the perimeter.  The entire room was flooded with spring water bubbling up from the ground.

The baroness wasn’t sure what they had found, so she took pictures and traveled to Rome to consult historians. They determined that this was the site of a miqwe – an ancient Jewish bath dating to the 5th century AD, an especially meaningful place for Jewish women. 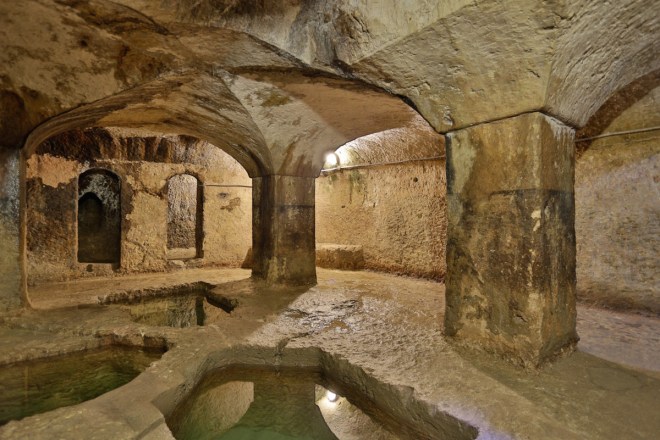 The miqwe is only open by appointment. Evelina had arranged our visit – we were personally escorted by the Baronessa herself.  Evelina also asked two of her friends to be our guides.  One is a retired professor of medieval history.  The other is a professor of Jewish studies.  What they had to say was fascinating.

At the time, Siracusa was the capital of Sicily and had a large Jewish population – probably as the result being brought as slaves from Palestine in the 1st century.  By the 5th century, the Jews had prospered and inhabited a large portion of the Island of Ortigia.  Their tradition (still in practice today among more orthodox Jews) was to take part in a full-immersion bath on certain occasions – such as before holy days – similar to baptism.  It was a very spiritual experience.  The miqwe was even more important for women, who came to be cleansed each month following their period or after childbirth. 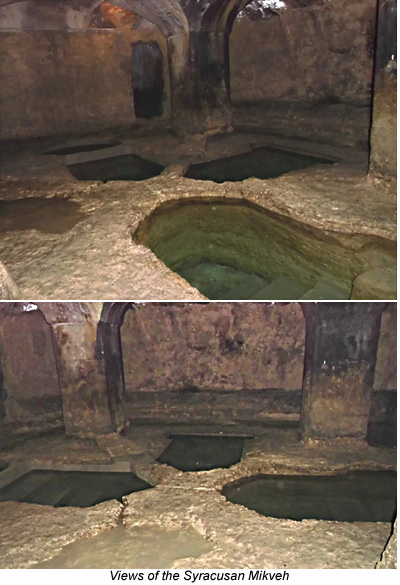 After studying ancient documents of city plans, historians determined that this miqwe was once connected to the synagogue in the same neighborhood. They believe that, when the Jews were expelled from the Island of Ortigia in 1492, they sealed the holy baths.  The baths sat undiscovered for 1500 years.

The professors told us this was the most important and well-preserved ancient miqwe outside of Israel and the oldest miqwe in Europe.

And it would have remained unknown if not for the Baronessa’s diligence in seeing where the next step would lead.

By the way, the Baronessa did open her hotel, the Reisdence Hotel Alla Giudecca – it is stunning! http://www.allagiudecca.it/en 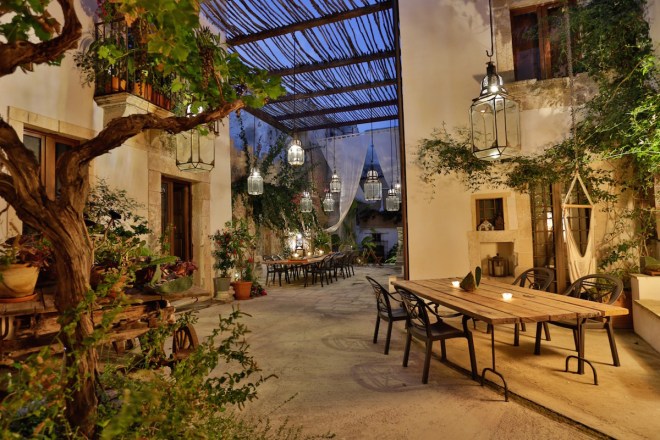