Today we took a trip back in time to explore the mysteries of the Mayans. Our guide, Noel (who is Mayan), picked us up for a private tour.  He suggested that we get there early to beat the crowds – there were a few cruise ships set to dock in Belize City today.

The site we were to visit is Xunantunich (pronounced shoo-nan-too-nitch). The entire area had been rolling hills covered over in jungle, when two hunters stumbled upon a giant mound topped in stone in the late 1800s.  Supposedly, a beautiful lady in white was on the top calling to them, but when they investigated, she was gone.  They mentioned this to the local priest, who said this had happened before.  They named the site Xunantunich (meaning “Stone Maiden” in Mayan).

To reach the ruin, we had to take a hand-cranked ferry across the Mopan River. This was because there are so many other ruins on the site that they didn’t want to build a bridge and road or they would disturb these ancient treasures.

In 1924, a British archeological team started excavation and unearthed a whole plaza of about a dozen dwellings dating from 200-900 AD. They think Mayans lived in this area as early as 1000 BC.  Today, only a small portion of what was the village is excavated. 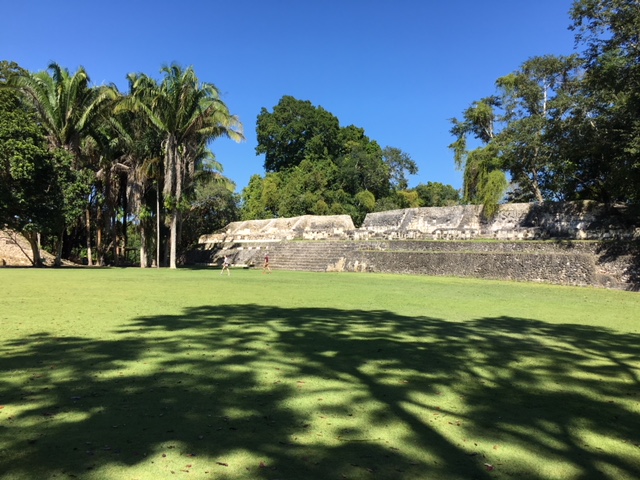 It was magical and mysterious to witness all of this with only a handful of other people.

And then for the big climb up El Castillo. Noel explained that the tower is 130 feet tall and where they believe the royals resided, protected from the public.  It took over 15 years to excavate.   (To get a sense of how tall it is, see the teeny people on top?  That’s where we are heading!)

We slowly climbed up the original stone steps – some very steep and with no guardrails!

On the side of the ruin, archeologists uncovered well-preserved carvings representing the solstice and seasons.

Finally – to the top! What a view!  (See those teeny little people back on the ground?) 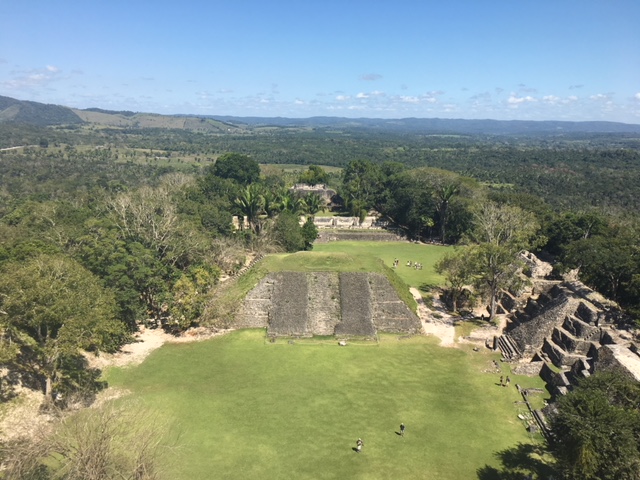 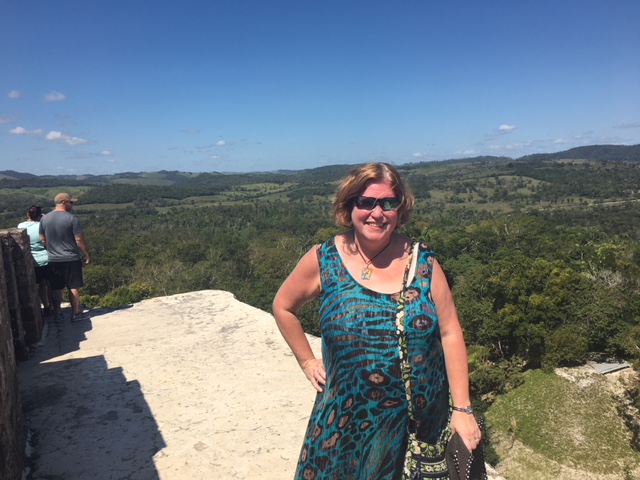 If you see the little white road in the distance, that is Guatemala! We are right on the border – 5 miles away.

To celebrate our climb, Noel took us to one of his favorite spots for lunch – a local institution called Benny’s Kitchen. Noel recommended the classic Mayan dish of pilbil (pil-BILL), which is pork cooked underground.  It was like pulled pork – but on a tortilla.  Delicious!

We definitely have a new appreciation for ancient Mayan engineering, history, and culture – and modern-day Mayan people and food. 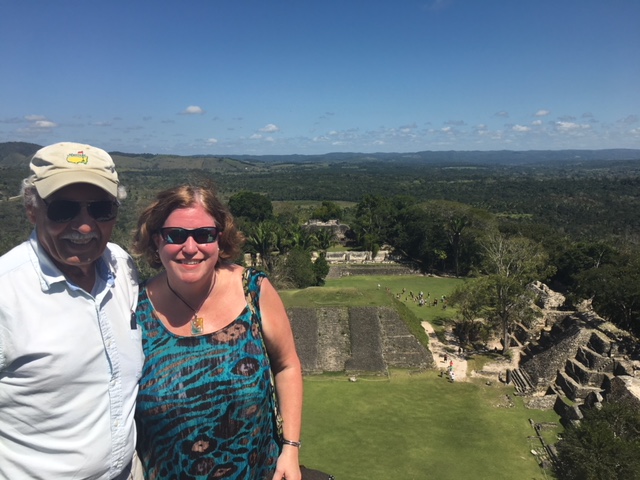